Military awards and decorations have many fascinating stories. There are two major categories: campaign medals and gallantry medals.

Campaign medals are awarded to members of the Armed Forces, Allied forces and civilians participating in specified military campaigns. More than 80 different medals have been issued since the first (the Peninsular Gold Medal) was awarded to officers in 1810, with five new medals already awarded in the 21st century.

Gallantry medals recognise personal accomplishments by members of the British armed forces or acts of civilian bravery – each one with a remarkable story of heroism.

What Do People Collect And Why?

Collectors typically focus on medals issued by their own country. In the Canada the selection is huge and there are no restrictions on their sale (as there are in the USA). The Napoleonic, Crimean and Boer Wars, the Indian campaigns followed by the First World War and ensuing major 20th century British armed conflicts (18 different campaign medals were issued in the Second World War alone), divide the collecting field.

There are those who focus on certain regiments, specific military campaigns and even single decorations of the highest order, such as the Victoria Cross.

Rarities are always prized (short lived campaigns with comparatively few combatants, such as the Falklands conflict, tend to mean fewer medals) while additional bars (especially those for a well-known engagement or battle) can boost demand. These come notably into play for Crimean and Boer War medals.

The comparatively recent move to scrap distinctions between awards made to officers and other ranks has also limited the availability of some medals. One example of this is the Distinguished Flying Medal, the other ranks’ equivalent of the Distinguished Flying Cross. Established in 1918 and discontinued in 1993, these were awarded in such small numbers after the Second World War that they have become highly sought after.

It was once highly controversial for recipients to sell their own medals, but in the past five years or so it has become more common, with heroes of Afghanistan and Iraq, among others, putting their awards up for sale to raise money.

Outside the military, acts of civilian bravery attract a plethora of medals, the highest ranking being the George Cross (effectively the equivalent to the military’s Victoria Cross) instituted in 1940 to recognise the role of non-combatants on the Home front during the Blitz. In this field, it is very much the association of the particular medal which dominates pricing.

Condition can come into play as well, especially when it comes to cavalry medals, which were worn in the field, as the constant jerking up and down on horseback meant that they tended to be more knocked and damaged than infantry and artillery medals.

In terms of hard cash, this can mean a trooper’s medal in reasonable condition from an ordinary foot regiment can sell for under £100, while a senior cavalry officer’s medal in good condition can sell for thousands. Compare, for instance the £10,000 paid at Bonhams on December 15, 2010 for the Waterloo Medal awarded to Captain Edwin Sandys of the 12th Light Dragoons to the £900 paid for that awarded to John Hughes, a trooper from Sandys’ own troop, in the same sale.

London supports a wealth of auction houses and dealers, with large volumes of medals changing hands on a regular basis. The current health of the market is illustrated by the number of auction houses outside the capital starting to hold specialist sales or even setting up separate medals departments. At the top level, the dominance of Lord Ashcroft as the world’s leading collector of Victoria Crosses has helped push up prices for some time. His extensive holding is now on display in a specially built wing of the Imperial War Museum.

As anniversaries of conflicts approach, interest often grows. This may well be seen in 2014 for the centenary of the outbreak of the First World War and in 2015 for the bicentenary of Waterloo.

While medals values have been climbing over the past few years, unlike other collecting fields however, the nature of the medals world means that few collectors acquire pieces specifically with investment in mind. It comes as close as you can get to a purely academic and emotional field of collecting.

Those involved tend to have a serious interest in history, and owning a medal brings them that bit closer to the act of bravery and the individual it commemorates.

We purchase all types of military medals. 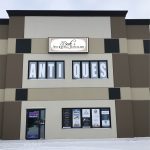 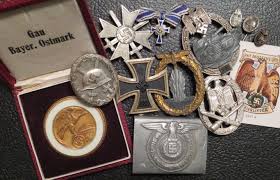